There is a major difference between street violence and shots fired. The protest that are currently taking place in two separate countries reached new levels this week when guns were added into the mix, making life much more difficult for journalists covering the events.

The incidents in Venezuela have already led to on journalist being injured by gunfire. VTV state television journalist Mayra Cienfuegos took the hit while filing at the TV network’s headquarters. The network laid the blame at the feet of opposition protestors. Firearms came into play following an incident that saw government security officers and pro-government supporters physically attack 13 journalists. That news was delivered by Espacio Publico, a free expression group, who also said that 6 journalists were being detained by police.

The situation in Ukraine is even grimmer, with snipers allegedly taking shots at protesters venturing anywhere near police lines. To date, at least 20 protesters have been killed. The L.A. Times reported that 7.62mm diameter bullets were removed from the victims, indicating that high-powered soviet rifles were being employed by the snipers.

Journalist have been able to avoid injury from sniper fire to this point. That said, a pair of journalists were attacked earlier in the week by masked men armed with firebombs, bats, and guns. During the altercation, journalist Vyacheslav Veremiy took a gunshot wound to the chest and later died if his wounds. The number of journalists injured during the protests ranks in the dozens.

The thought now is that journalists in both parts of the world should consider using journalist body armor. That said, the vest or armor used should be up to the task of the threat being posed in each specific nation. The U.S. National Justice rating system is the scale used to rate body armor all over the world. Level II vests protect against most handguns, including the powerful .357 Magnum. That level of suit might work fine, as it is handgun and pistols that have been the firearm of choice there.

Journalist body armor with Level II vest might not fare so well in Ukraine, where high-powered rifles are being employed. Those people in Kiev and other major who are using journalist body armor are going with Level IIIA vests, which helps protect against more powerful weapons. Since high-powered rifles are being used in that part of the world, the best option would be a Level III vest, as that is the minimum level recommended for use by the military.

The EnGarde Panther is a vest used by a many journalists. 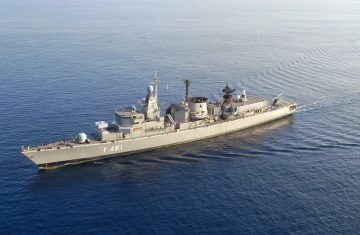