“EnGarde is dedicated to protecting the lives of those who put themselves on the line protecting the rights of others. Security guards, law enforcement officers, military personnel and journalists,” says Iwan Luiten, Marketing Manager of EnGarde. “Freedom of the press is very important for people world-wide and we are happy to be able to make a small contribution to those defending that freedom.”

EnGarde is supplying Reporters Without Borders with the EnGarde Panther PRESS edition body armor, designed specifically to meet the needs of journalists and media working in conflict areas where they face an increasingly dangerous threat environment.

The EnGarde Panther PRESS edition is the civilian version of EnGarde’s top selling tactical police vest which combines maximum protection with unmatched mobility. This vest provides NIJ Level IIIA protection which can be increased to NIJ Level III or NIJ Level IV by inserting a hard armor plate in front and back. The vest includes removable neck and shoulder protection.

With the help of Reporters Without Borders and EnGarde body armor, freelance journalists will at least have a fighting chance to bring back stories of corruption and oppression in war torn parts of the world that might not otherwise be told. EnGarde supports the principles and mission of Reporters Without Borders and is pleased to be able to provide material support toward their goals. 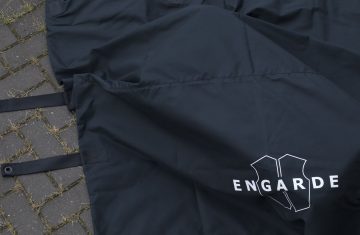